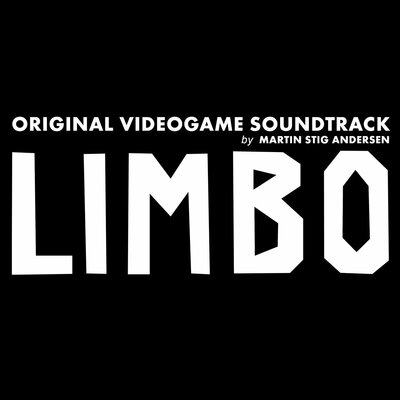 We had the chance to meet with the sound designer, together with French-language news site Musica Ludi, to hear about the process behind Playdead studio's independently funded game titles.

The soundtrack to Limbo has appeared on iTunes and Bandcamp. What were your initial thoughts on the process of taking this very dynamic, atmospheric game score and adapting it for a standalone soundtrack album?

Martin Stig Andersen: What is most frightening to me about making an isolated soundtrack is having to consider that while composing. Because I did not compose music outside the game, in a way I did not like the idea of releasing a soundtrack. Ideally, when you take the game design, art and music away from each other, each is ruined.

You view the three as being absolutely essential to each other in a well designed game?

Yes, because the three taken together create a whole that's much bigger than the sum its parts. That is the ambition. At the same time, we had a lot of fan requests. It felt strange not to give them the opportunity to listen to the sounds. People were resorting to recording the game and posting rips online. There are some interesting comparisons online between the soundtrack release and these unofficial recordings.

This year marked your second presentation at the Game Developers Conference. In being asked back, what were you looking to communicate this time that was not covered in your previous lecture?

Last year my talk was part of the main conference, so I spoke about the whole aesthetic and how the music emerges from the environment of the game, rather than having it imposed from outside of the game. This year I presented as part of the Audio Boot Camp. The idea was to keep to the more practical side of things and relate certain concepts.

An idea was to make the world of Limbo silent by making the sound of the boy very loud. In order to keep that from being annoying, I discussed the various ways I attenuated the sound. I demonstrated how the sounds were triggered in the Limbo editor, the middleware tool created for the sound design, and how those two worked together. These are all attempts to demystify how it's done and show that the sound design and implementation are not really separable.

Ordinarily in games there are circumstances where looping music is employed, such as on menu screens. Were you interested in circumventing this expectation in the design of Limbo?

The sounds that you hear on the menu screen are not a loop or anything. These are separate sound files that fade in and out, triggered randomly so that you always get variation. The same is true of the drones in the game. They consist of many small loops and swells, fading in and out. Events in the game trigger the music, which became the basis for the compositions for the soundtrack.

Were you communicating to other members of the Playdead development team your intentions for the soundtrack once Limbo was released?

I was working on the soundtrack on site between the development of Limbo and the new project. In terms of creative freedom, I can do what I want. At the same time, I like to open it up to discussion. Director Arnt Jensen and I inspire each other. That synergy might not be that relevant when it comes to an isolated soundtrack release. But when we work on a game it's all about collaborating.


Are you satisfied with the results of the soundtrack insofar as it articulates certain emotional qualities, tones found in the game?

I'm happy with it in that I don't think I could have done it much better. As I mentioned in the beginning, it's kind of an odd situation because I feel strongly on some level that the music should not be separate.

The attention to detail and the atmosphere of the album release call to mind those memorable images from the game. You have put a lot of care into the placement of individual sound files, which add up to a series of evocative compositions. Were there particular facets of the soundtrack that you wished to emphasize?

It's a lot about the tension between the sounds themselves. If you tried to reduce it to notes played on a piano, it would be totally banal. The importance is in the timbres, the colors of sounds. I couldn't even tell you what key the music tracks are in, because that's not what it's about. Rather than auto-tuning the sounds, I would pitch them by ear to reach a quality that I liked, regardless of whether it was in tune. It helped give it that otherworldly quality, being a bit out of tune.

For the purposes of a strange, disturbing environment, that organic quality of being slightly off you saw contributing to the atmosphere?

Even in the more divine sections, that was the approach. If you play a major third on a tuned piano, that chord will be tempered. Sounds in those sequences of Limbo were purposefully untempered.

Do you find that the morbid elements of Playdead's games, the disturbing and melancholy content which appears to be a prevailing tone, is inspiring to you as a sound designer?

Definitely. I have not worked on a game before, and Limbo is the reason why I have now done a game. I saw the concept and that made me want to do it. The fragility and subtlety contrasted with elements of brutality is something I like to work with in the sound design. I also like to create contrast with the picture, so that it's not totally one-dimensional.

Sometimes something terrible will happen, followed by a beautiful sound. It can give it even more of a tragic connotation. The boy is getting traumatized over the course of the game, and that contrast can help prevent the player from just getting used to it.

What can you say at this time about your game currently in development at Playdead?

I can't say much. The big difference is that on Limbo I was only involved for eleven months, with much of the game finished when I started. On the current project, I have been there from the very beginning. In this case, instead of always having sound responding to the game, the game can respond to the sound design.

It also has an effect on pacing, because sound is a temporal medium that marks time. That pacing, and interruption of pacing, affects how the player will experience time passing. You can set out to create a smooth, fluid experience. That makes a big difference on how sound is implemented in the game. It's how it should be.