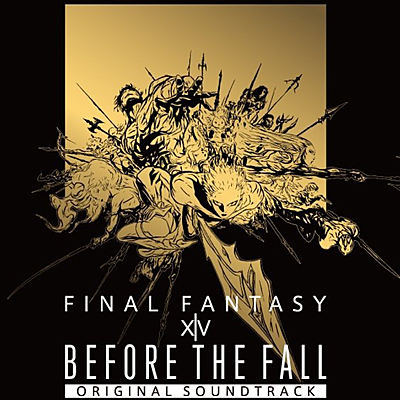 Square Enix has published the soundtrack to Final Fantasy XIV: Before the Fall, available as a music Blu-ray through the online store and as a digital soundtrack album.

Before the Fall includes themes composed by Masayoshi Soken from the Realm Reborn 2.x patch series installments "Through the Maelstrom," "Defenders of Eorzeo," "Dreams of Ice" and "Before the Fall." Final Fantasy composer Nobuo Uematsu contributes over a dozen additional themes.

Excerpts from the music Blu-ray are featured on the YouTube trailer and are streaming on Amazon Music, Spotify and Apple Music. Album cover art is by series illustrator Yoshitaka Amano.

Spider: Rite of the Shrouded Moon albums published through Bandcamp