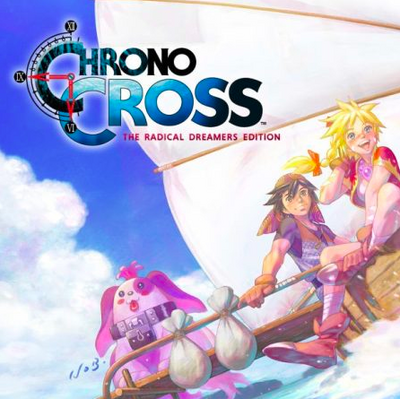 Square Enix has published the Chrono Cross: The Radical Dreamers Edition Vinyl Soundtrack on a single analog record, selecting for inclusion eight compositions and arrangements found in the remastered release.

The vinyl release ships from the Square Enix store for North America and Europe. Excerpts of all music tracks are streaming on the official album website. A music video for "Dreams of the Past, Memories of My Soul," performed by vocalist Aisling McGlynn, can be viewed on YouTube, courtesy of the publisher.


Chrono Cross: The Radical Dreamers Edition is due out on April 7th. Publisher Square Enix's remastered edition of Chrono Cross includes high-definition 3D models, an auto-battle function, and the option to switch off enemy encounters.

Published in 1996, Radical Dreamers was a Japan-exclusive release for the Satellaview peripheral for the 16-bit Super Famicom console. A prologue to Chrono Cross, the visual novel introduces protagonists Kid and Serge, as they seek to capture the Frozen Flame from feline antagonist Lynx.

Chrono Cross: The Radical Dreamers Edition is available for Nintendo Switch, PlayStation 4, Xbox One and Windows via Steam.

"Chrono Cross: THE RADICAL DREAMERS EDITION" is a remaster of "CHRONO CROSS". The 3D models have been upgraded to HD, new illustrations have added, and all kinds of new features are now included. Additionally, the game that formed the bedrock of the story, "RADICAL DREAMERS - Le Trésor Interdit -", is included in this edition...

We are very pleased to announce that Anúna's Aisling McGlynn features on the forthcoming release of the vinyl "Chrono Cross: the Radical Dreamers Edition". Composed by @YasunoriMitsuda
- clips accessible at this link and pre orders available.https://t.co/vYB5BfZass