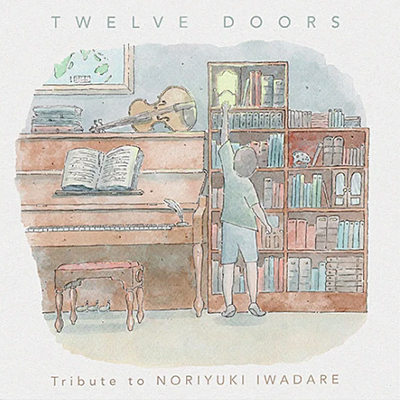 Performed by pianist Benyamin Nuss and violinist Shauno Isomura, the album contains compositions from the Grandia, Langrisser and Lunar series of JRPGs. Arrangements for the album are by ICO composer Michiru Oshima, Ryôtarô Yagi of Symphonic Suite Suikoden presented by JAGMO, and Eric Roth of the Distant World concert series.

The "Twelve Doors" digital album is available for streaming on Apple Music and Spotify. An eight-minute trailer can be viewed on YouTube, courtesy of the publisher.

Twelve Doors is a piano & violin arrangement official tribute album to composer Noriyuki Iwadare. From Grandia, Lunar to Langrisser and beyond, get ready to embark on a journey of sounds, filled with nostalgia and discovery...

Wait, that's not all!
Twelve Doors is a tribute piano & violin arranged album, by Shauno Isomura and Benyamin Nuss, featuring Noriyuki Iwadare's most memorable music from Grandia & Lunar series and even a brand new composition!