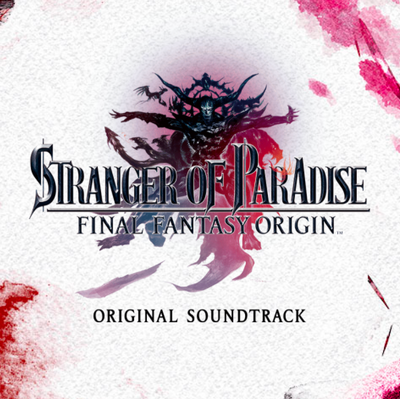 Developed by Koei Tecmo's Team Ninja division, Stranger of Paradise features character design by Tetsuya Nomura and scenario writing by Kazushige Nojima. The multi-platform title is due out on March 18th, 2022 for Windows through the Epic Games Store, along with PS4, PlayStation 5, Xbox One and Series X|S home consoles.

The Collector's Edition, planned for release in Japan, will ship with a vinyl LP and art book. The soundtrack album ships on four compact discs on March 23rd, decorated with cover illustration by Yoshitaka Amano.

Preorders for the soundtrack album are open at the Square Enix store for North America and Europe, along with distributors Play-Asia and CDJapan. Excerpts of all tracks are streaming on the official album website.

Download the latest demo version of @fforigin later today and have your progress transfer over to the full game!

The demo will be available for the PlayStation 4 & 5, Xbox Series X|S and Xbox One. Discover what's available in the demo at the link: https://t.co/oixmK6uSSZ pic.twitter.com/G1JY1roRbu