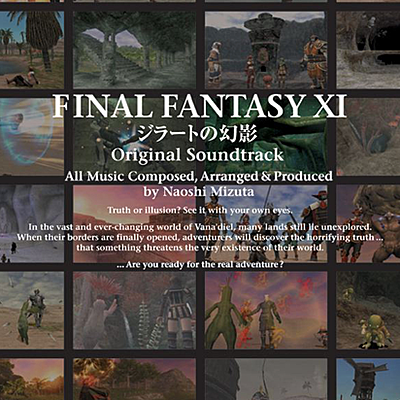 The soundtrack CD for Final Fantasy XI expansion Rise of the Zilart is in stock at the Square Enix North America store.

The first expansion in the massively multiplayer game's decade-long history, Rise of the Zilart debuted in 2003 for Windows, PlayStation 2 and Xbox 360, expanding the job skill repertoire to include the Dragoon, Samurai and Ninja classes.