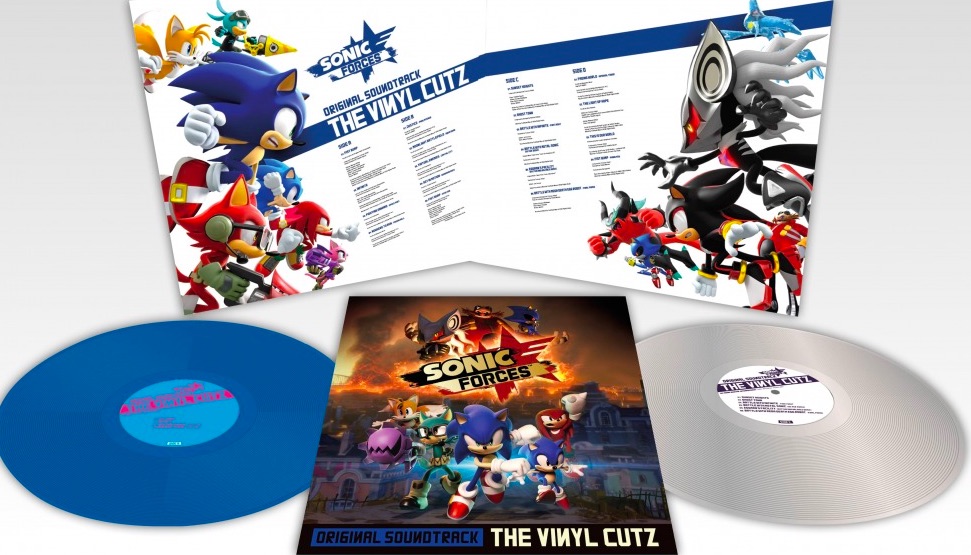 Digital soundtrack " A Hero Will Rise" is streaming on YouTube Music, Spotify and Amazon Music Unlimited. Main theme "Fist Bump" is written by Douglas Robb of Hoobastank, while "Theme of Infinite" is by Tyler Smyth and Andy Bane of Dangerkids.

In collaboration with SEGA & Wave Master International, we are proud to offer the international CD and vinyl editions of the Sonic Forces Original Soundtrack! It features the main theme Fist Bump composed by series veteran Tomoya Ohtani and written by Douglas Robb (Hoobastank), Theme of Infinite written by Tyler Smyth and Andy Bane (Dangerkids), and many more amazing tracks — some of which are performed by the world-famous London Symphony Orchestra!

Two days until the 5th anniversary of Sonic Forces pic.twitter.com/PfqYFfSMwa