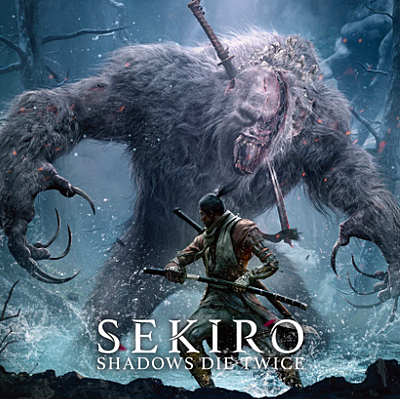 Laced Records of London has published the soundtrack for SEKIRO: Shadows Die Twice, both on analog record and compact disc.

Beginning in late 2020, Laced pressed a 2-CD edition of the soundtrack and a 4-disc vinyl publication. The analog record set ships from PixelCrib of Melbourne, Australia. A behind-the-scenes video and excerpts from the soundtrack can be viewed on YouTube, courtesy of FromSoftware and Game Informer.

SEKIRO: Shadows Die Twice can be purchased for Windows, PlayStation 4 and Xbox One.

Set in a fictionalised 16th Century Japan, players take on the role of the shinobi Wolf in trying to protect the young Divine Heir Kuro from the remnants of the Ashina clan. Progression requires a mastery of stealth combat and extreme precision while battling some of From’s most iconic boss encounters to date. No one forgets the first time they bested Genichiro atop Ashina Castle...

BACK ON SALE TOMORROW: Small quantities of #SEKIRO and #RESIDENTEVIL 5 #vinyl