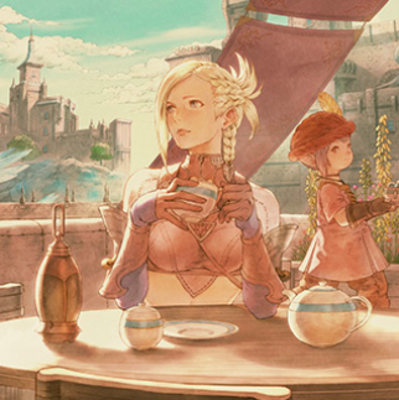 Square Enix has opened preorders for the Final Fantasy XIV: A Realm Reborn vinyl soundtrack album. The analog record, decorated with cover illustration by KUROIMORI, is estimated to ship from the North American online store on August 31.

The Blu-ray disc release of the soundtrack is also available for shipping domestically, containing 119 music tracks from the massively multiplayer online role-playing game. The digital soundtrack, composed by Masayoshi Soken, Nobuo Uematsu, Tsuyoshi Sekito, Naoshi Mizuta, and other artists, is available for streaming on Spotify and Apple Music.

Final Fantasy XIV is available for PS4, Windows and Mac operating systems, and is in development for PlayStation 5. A trailer and cross-fade video for the soundtrack can be viewed on YouTube, courtesy of the publisher.

“The Adventure Begins” – Dedicated to our Warriors of Light We are pleased to present to you a vinyl record collection of FINAL FANTASY XIV songs! Sound Creator Masayoshi Soken carefully selected songs from the original soundtrack to be included in this collection.