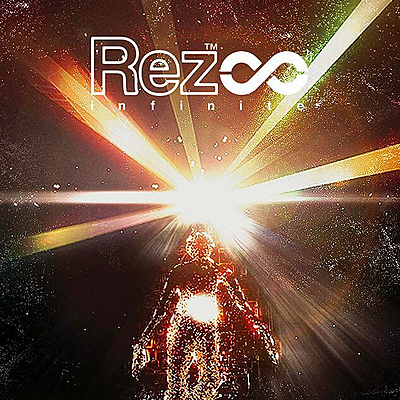 Development on Rez Infinite by Enhance Games and collaborators led to the VR compatible release for PlayStation 4 and Oculus Quest platforms. The PSVR edition is free to download until April 22 during Sony's PlayAtHome campaign.

The second disc of the set includes six music tracks from the Unreal Engine-powered “Area X” content. The 17-track digital soundtrack is streaming on Spotify and Apple Music.

One of the most critically-acclaimed games of all time finally comes to Oculus in style: Experience 360 degrees of mind-blowing synesthesia as you blast through waves of enemies and giant transforming bosses, with colors and sounds that sync and blend to the beat of Rez’s legendary techno soundtrack. Check out the fully remastered classic Rez levels Areas 1 through 5, and an all-new free-flying experience in Area X. Rez Infinite in VR must be seen—and heard—to be believed.