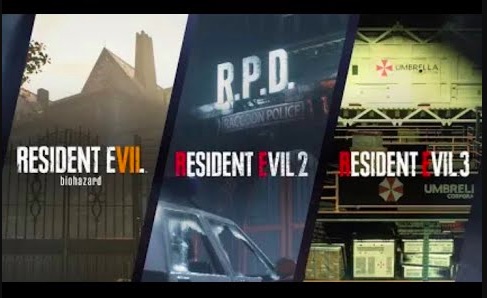 Resident Evil 7: Biohazard is available for PS4, Xbox One, and for Windows through Steam. At no additional cost, owners of the PS4 and Xbox One releases can upgrade to the PlayStation 5 and Xbox Series X|S visually enhanced digital editions. The upgrade includes 4K support, improved framerates, ray tracing and 3D audio.

Commemorating the 25th anniversary of the horror game franchise, Laced Records of London published the Resident Evil 7 vinyl soundtrack album, pressed to audiophile-quality, heavyweight 180-gram black discs. The album currently ships from distributors Light in the Attic in Seattle and PixelCrib in Australia.

The Resident Evil 7: Biohazard digital soundtrack is available for purchase through Steam and streaming on Spotify. A 35-track excerpted "Best Track Collection" is streaming on Apple Music.

RE7, RE2, & RE3 are out on PS5 now. Capcom reflects on how each entry shook up the survival horror formula, from first-person scares to the unstoppable Tyrant and Nemesis: https://t.co/88HMF9PEs3 pic.twitter.com/7u9bqNyvDV