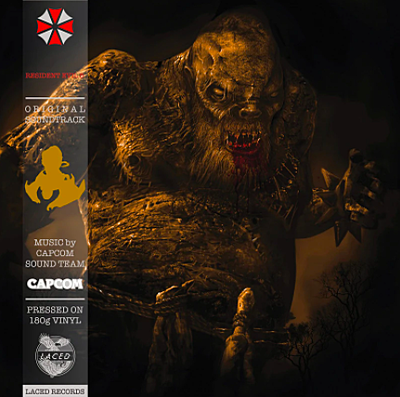 Internationally launched on March 5th of 2009, Capcom's high-definition port of the third-person horror title is available for Windows, Xbox One, PlayStation 4, and Nintendo Switch. Resident Evil 5 sees the return of Chris Redfield, years after the events in Raccoon City. This time he is aided by his new partner Sheva Alomar, as the two investigate a bioterrorism threat reported in a region of Africa.

Delivering his first music for the series, Kota Suzuki led a composition team that included Hideki Okugawa, Akihiko Narita, Seiko Kobuchi, and Wataru Hokoyama. For the first time in a Resident Evil title, the soundtrack enjoyed live orchestral recordings thanks to the Hollywood Studio Symphony Orchestra. The theme song “Pray” was performed by vocalist Oulimata Niang.