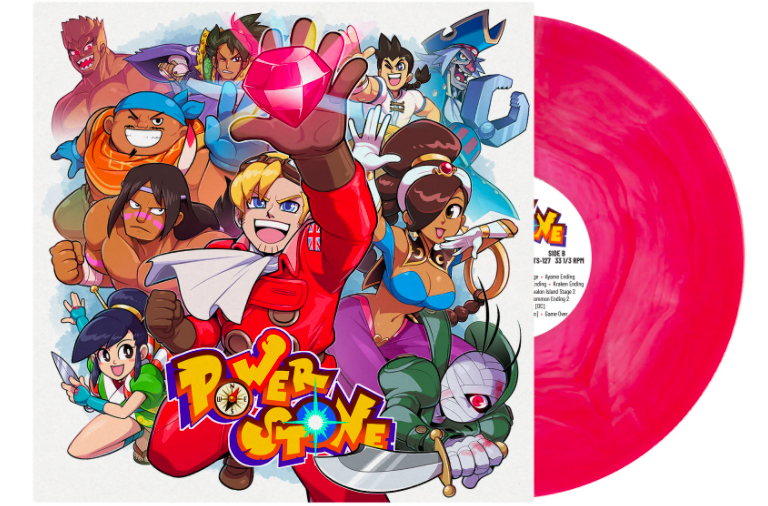 The Power Stone soundtrack, on vinyl and audio cassette, is available for preorder through Light in the Attic in Seattle, PixelCrib in Australia, and Black Screen Records in Germany.

Capcom's 3D arena fighting game was developed for the Naomi arcade hardware and later ported to the Sega Dreamcast console and Sony PlayStation Portable. Music for the game is by Tetsuya Shibata of Unique Note studio.

Cover art by Mike Luckas can be previewed on Mondo's Comic Con at Home video presentation "The Art of Soundtracks." Liner notes for the soundtrack release are by Anthony John Agnello.