Portal 2 vinyl soundtrack now on sale at Mondo in Austin 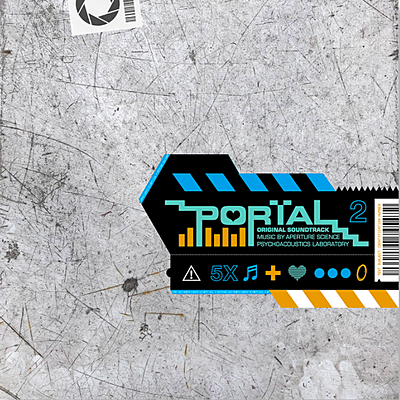 End credits break-up song "Want You Gone," the spiritual successor to "Still Alive," is written by Jonathan Coulton and performed by GLaDOS voice actor Ellen McLain. "Cara Mia Addio," depicting a chorus of singing turrets, capitalizes on McLain's background as an opera singer. All three volumes of the Songs To Test By: Portal 2 soundtrack album by Aperture Science Psychoacoustic Laboratories are free download in mp3 format through Valve's Thinkwithportals website.

The four-hour, 77-track digital soundtrack is streaming on Spotify. Portal 2 is available for Windows, Mac and Linux, along with Xbox 360 (with Xbox One backward compatibility). Portal Companion Collection for Nintendo Switch launched back in June.

In partnership with @ValveSoftware, the premiere vinyl pressing of PORTAL 2 is now available, as a limited 5XLP release.