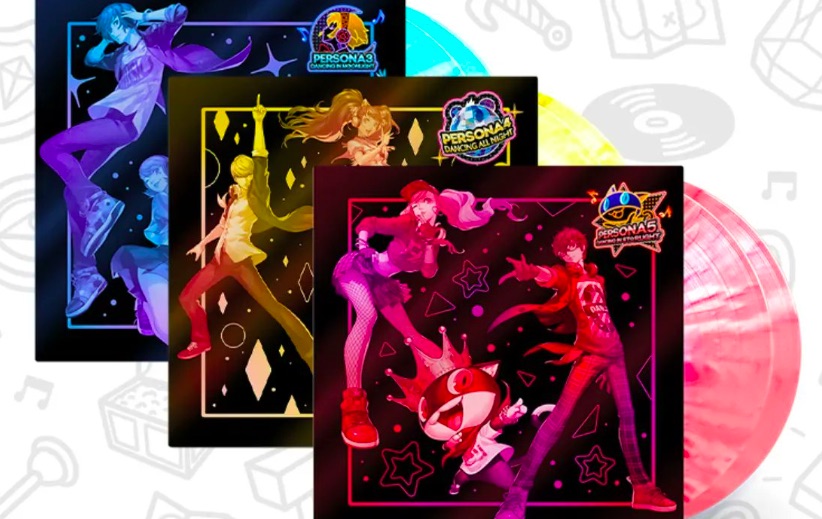 
Persona Dancing is one instance of the franchise's convention of spinning off non-canonical sequels, exploring different gameplay genres. Examples include sprite-based fighting game Persona 4 Arena and hack-and-slash Persona 5 Strikers. As with the storyline of the portable Persona Q series, all the characters' memories of the dancing tournaments are erased upon completion of the game, rendering the events essentially imaginary.

The digital editions of the Persona Dancingt soundtrack trilogy are available for streaming on Spotify and Amazon Music Unlimited.

iam8bit couldn’t help but to get in on this groove. They’re joining their pals at Atlus out on the dance floor to bring you the Persona Dancing Box Set. It’s the best of the best from the Atlus Sound Team, featuring hits across Persona 4: Dancing All Night, Persona 3: Dancing in Moonlight, and Persona 5: Dancing in Starlight for a grand total of 6xLPs.

You never see it coming 👑

We've just restocked the @iam8bit Persona Dancing Bundle. Time to swing those hips on the dancefloor to some iconic P3, P4 and P5 Dancing jams. 🕺