Persona 5 Royal due out on Switch, Xbox & PS5 on October 21st 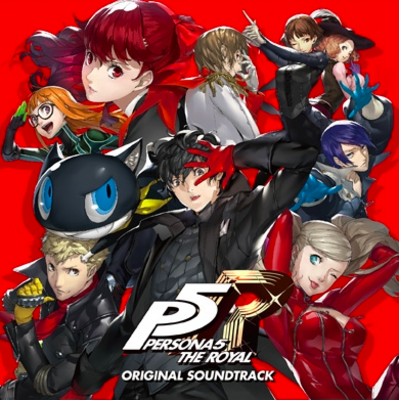 Atlus role-playing game Persona 5 Royal has been scheduled for release for Windows through Steam, PlayStation 5, Xbox One and Series X|S, and Nintendo Switch consoles on October 21st.

The Royal edition introduces Kasumi Yoshizawa and Takuto Maruki as confidants and allows protagonist Joker to visit new locations, including Kochijoji. Jose now shows up in Mementos and can trade stat-boosts for flower icons collected within the subterranean dungeon. There is also an added short semester of school.

The 30-track soundtrack album for Royal is available for streaming on Spotify and Amazon Music Unlimited. The standalone CD publication ships domestically from distributors CDJapan and Play-Asia, featuring music by composer Shoji Meguro and the Atlus sound team. Publisher iam8bit previously pressed the RPG soundtrack to vinyl on three discs.

The Persona 5 Royal soundtrack debuted on two compact discs in October of 2019, enclosed with the Straight Flush Edition of the Atlus role-playing game in Japan. More recently, featured vocalist Lyn performed the song "I Believe" with Atlus composer Atsushi Kitajoh during the Tokyo Game Show, archived on the Sega YouTube channel.

Simply put, the Persona 5 Royal soundtrack is magical, multi-faceted and absolutely inspiring — as chill and as cool as can be — which is why iam8bit is very proud to present this extension of our P5 vinyl collection, a perfect addition alongside the original P5: Essential Edition 4xLP Box Set, complete with some mysterious and elegant trappings, like a premium (and interactive) diecut jacket and lots of luxurious gold foil for good measure.

Three iconic Persona titles are ready to steal your heart on modern consoles!

The Plucky Squire in development by All Possible Futures