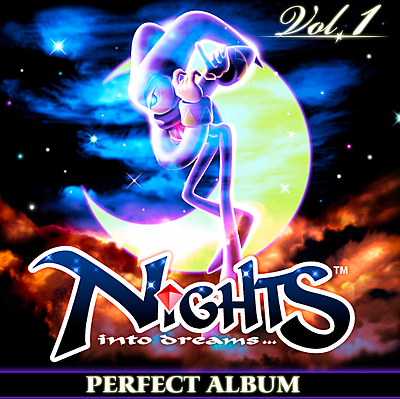 Sega is commemorating the company’s 60th anniversary with a Steam code giveaway for NiGHTS into dreams... for Windows. Producer Yuji Naka and the Sonic Team developed the 1996 aerial adventure game for the Sega Saturn console, following the release of Sonic & Knuckles.

The three-volume NiGHTS into dreams... Perfect Album is available for streaming on Spotify and Amazon Music Unlimited. Originally published to compact disc by Wave Master in November of 2012, the soundtrack is composed by Tomoko Sasaki, Naofumi Hataya, Fumie Kumatani and Tatsuya Kozaki.

The Dreamcast Collection for Windows, which also includes the aerial adventure game, can be purchased through Steam. NiGHTS is also playable on Xbox One through backward compatibility.

Slip off into the dream world and go on an aerial adventure as NiGHTS in this classic Saturn remake. Collect Ideya (colored orbs), rack up points, and battle bosses to help Elliot and Claris save Nightopia from Wizeman the Wicked. With enhanced graphics, achievements, leaderboards, and playable content from Christmas NiGHTS, this beloved title is back and better than ever.

Did you get your free copy of NiGHTS into Dreams yet? 💤🌙

Sign up to our 60th anniversary celebrations and claim your free Steam copy of the SEGA Saturn cult classic!
https://t.co/uJNdiQLTwe
#GOSEGA #SEGA60th pic.twitter.com/OQiaVEpVvj