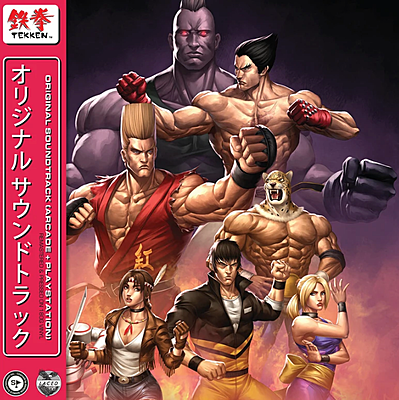 Music for the fighting game is composed by Yoshie Arakawa and Yoshie Takayanagi for developer Namco Bandai and the company's record label Namco Sounds. Original artwork for the 30-track vinyl release is by DXSinfinite (Samuel Donato).

The vinyl release ships from distributor PixelCrib of Melbourne, Australia. Excerpts can be previewed on the distributor's SoundCloud channel.

This is a deluxe double vinyl set housed in a gatefold sleeve with original artwork provided by Samuel Donato aka DXSinfinite. The soundtrack has been remastered specifically for this release, the track list covers arcade and home console versions and will be pressed onto audiophile-quality, 180g heavyweight vinyl LPs housed in a striking gatefold sleeve.