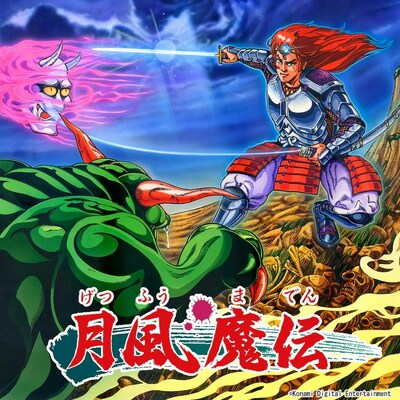 The side-scrolling action game centers on protagonist Getsu Fuma, who is tasked with avenging his slain brothers by seeking out and vanquishing the demon lord Ryūkotsuki. A reboot reviving the franchise, titled GetsuFumaDen: Undying Moon, is due out on May 13 through Steam and in 2022 for Nintendo Switch.

The Steam Early Access edition of the game will be bundled with a Japanese-language port of the original sprite-based Famicom title, a digital art book, and original mini soundtrack. Developed by GuruGuru studio and published by Konami, Undying Moon integrates an art style inspired by ancient Japanese Ukiyo-e woodblock prints.