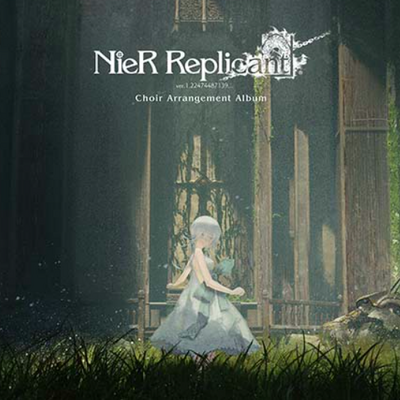 Square Enix has published the NieR Replicant Choir Arrangement Album, overseen by composer Keiichi Okabe. Music for the game is composed Okabe, with Keigo Hoashi and Kakeru Ishihama of Monaca.

NieR Replicant version 1.22474487139 is a high-definition enhanced port of the PlayStation 3 action role-playing game, developed in collaboration with Toylogic for Windows, Xbox One and PlayStation 4.

The Choir Arrangement album arranges ten tracks from the remake, inspired by content written by creative director Yoko Taro. Excerpts from all arrangements, including "Snow in Summer," "Kainé" and "Emil," are streaming on Ototoy and the official album website.

This album is based on the text written by the creative director, Yoko Taro, which has been sublimated into an arrangement idea for songs and supervised by the music director, Keiichi Okabe. The solemn and graceful choir arrangement will bring you an emotional experience. We hope you will enjoy this supreme album with special arrangements.