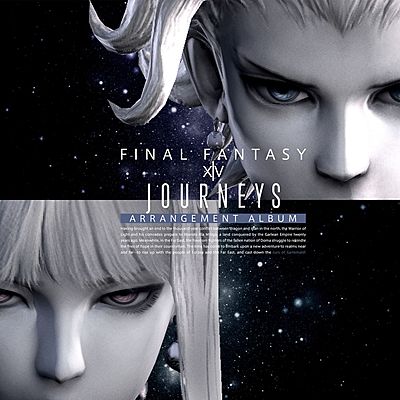 Journeys follows "From Astral to Umbral" (2014) and "Duality" (2016), and is available for shipping from the Square Enix online store for North America and Europe. The first seven tracks of the Journeys album are piano arrangements performed by Keiko, featuring vocalist Susan Calloway on "Beauty's Wicked Wiles."

Eight additional music tracks are composed, arranged and performed by Masayoshi Soken and his band The Primals. The Journeys album is rounded out by "Revolutions" from the Stormblood expansion and "Dragonsong" from the Heavensward expansion, both composed by Nobuo Uematsu and performed by Calloway.

Music videos featuring footage from the live performance of "Metal - Brute Justice Mode" and "Crimson Sunset" are on YouTube, courtesy of the publisher. The digital album is available for streaming on Amazon Music Unlimited, Spotify and Apple Music.

We are pleased to present to you the third official arrangement album featuring band and piano arrangements of popular songs from the MMORPG, Final Fantasy XIV Online. Once again, Keiko handled the piano arrangement, while The Primals did the band arrangement, with a total of 18 songs including some bonus tracks.