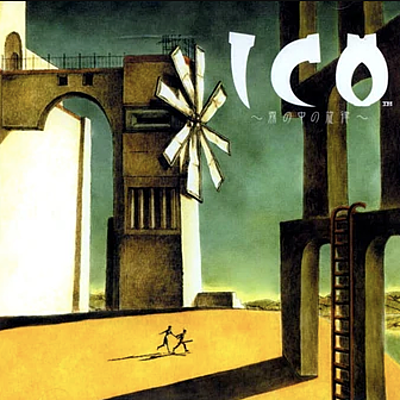 The 2021 Remaster of "Melody in the Mist," the 16-track soundtrack to ICO, is available for streaming through Apple Music. Composed by Michiru Ōshima, the music score features sound unit "Pentagon," formed by Koichi Yamazaki and Mitsukuni Murayama.

The prior release of "Melody in the Mist" is available for streaming on the Amazon Music Unlimited and Spotify. The compact disc edition ships domestically through Play-Asia.

Remastered in HD with full stereoscopic 3D support, the ICO and Shadow of the Colossus Collection brings together two of the most highly-acclaimed single player video games of all time into a single package, playable on PlayStation 3. Relive the magic and fall in love with these PlayStation 2 classics all over again, or discover the wonder of the two of gaming's most beloved games for the first time, now available in crisp HD resolution, 7.1 surround sound and fully stereoscopic 3D compatible.

Play-Asia - ICO Melody in the Mist