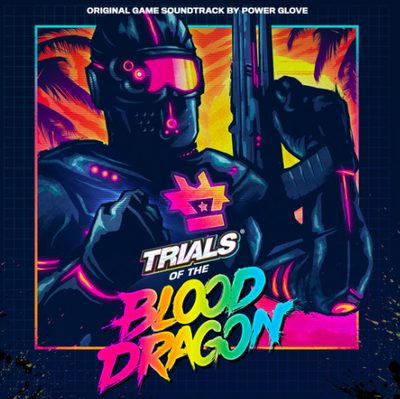 Bristol-based Invada Records has previously published vinyl releases for high-profile game scores, including Red Dead Redemption II and Watch Dogs. The soundtrack for Trials Of The Blood Dragon—on double vinyl, compact disc and audio cassette—currently ships from the record label in the UK.

Ubisoft's retro-futurist adventure game serves as the spiritual successor to Far Cry 3: Blood Dragon, a remastered release of which is included in the season pass for Far Cry 6. The plotline is set in a dystopian alternate timeline in the year 2019, unfolding the stories of Blood Dragon protagonist Rex Power Colt's children Roxanne and Slayter.

The compact disc release of the Trials soundtrack, recorded by Australian electronic music duo Powerglove, also ships from Light in the Attic in Seattle, presented in a jewel case with four-page booklet and inlay. Cover art is by graphic designer James White.

Trials Of The Blood Dragon is available for Windows, PlayStation 4 and Xbox One. The digital soundtrack can be purchased through Steam and streamed on Amazon Music Unlimited. Netflix is currently producing an animated series based on the fictional setting, titled "Captain Laserhawk: A Blood Dragon Remix."

Power Glove’s crushing, synth-heavy soundtrack to the retro-futurist adventure game Trials Of The Blood Dragon, released through Invada in collaboration with Ubisoft. The follow up to their 2013 soundtrack to Farcry 3: Blood Dragon is delivered in true Power Glove fashion, with 31 tracks of ’80s-inspired nostalgia, rippled with vast arpeggios, power synths and the odd patch of proto-house.