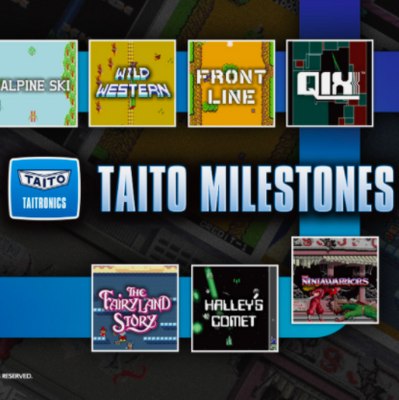 Composer Hisayoshi Ogura's soundtrack for developer Taito's beat-em-up The Ninja Warriors is available for streaming on Spotify and Apple Music.

The 1987 arcade title will be included in compilation Taito Milestones, along with nine other classics from the 1980s. Taito sound team Zuntata published an arrangement album for the game soundtrack in 2009, also available through streaming services.

Taito Milestones is due out in February in Japan for Nintendo Switch. ININ Games will handle distribution of the compilation title in the West.

Taito’s arcade legacy began in the early 1970s, but it came into its own in the 80s. You now have the chance to play these milestone classics that paved the way for the decades of Taito’s arcade dominance which followed. Ten games, each representing a specific breakthrough in development and gaming history, spanning a variety of genres. Platform, sports, shooting, puzzle and more. And now those 10 classics will be available for the first time as a collection on a modern console!