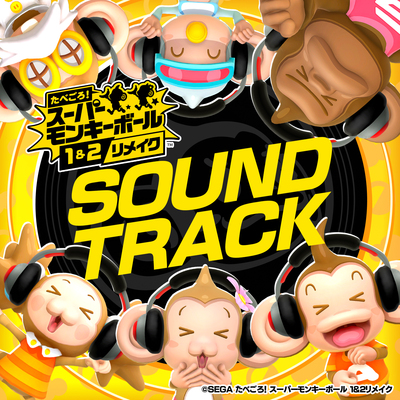 Published by iam8bit, the Super Monkey Ball: Banana Mania double vinyl soundtrack is scheduled to ship in Quarter 2 of 2022. The analog record set is also available through distributors Light in the Attic in Seattle, Black Screen Records in Germany, and PixelCrib in Australia.

Roll through wondrous worlds with AiAi and friends as you race to stop monkey mad scientist Dr. Bad-Boon from blowing up Jungle Island! Join the all-star monkey team of AiAi, MeeMee, GonGon, Baby, YanYan and Doctor as you bounce, tilt, and roll your way across hundreds of delightfully crafted levels and mazes. It’s monkey business for the gang as you take down Dr. Bad-Boon and steal back your beloved bananas...