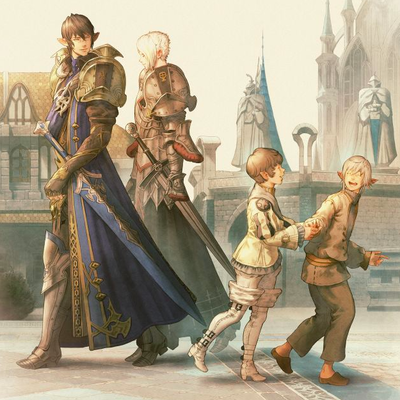 Square Enix has opened preorders for the Final Fantasy XIV: Heavensward vinyl LP. The analog record, decorated with illustrations by KUROIMORI, is scheduled for shipping from the publisher's online store for North America on August 31.

Bonus content found in the Blu-Ray release includes full-orchestra recordings of "Torn from the Heavens" and "A New Hope." The Heavensward main theme "Dragonsong" is by series composer Nobuo Uematsu.

Final Fantasy XIV is currently available for PS4, as well as Windows and Mac operating systems. The PlayStation 5 port is scheduled for launch on May 25 with DualSense haptic feedback and 3D audio support.

In Final Fantasy XIV: Heavensward, the first expansion to the critically acclaimed MMORPG... players will be transported to the hallowed walls of Ishgard, a city-state mired in a thousand-year conflict with the dragons of the Dravanian Horde, and must uncover the ancient truths buried in its bloody history. Featuring an increased level cap, flying mounts, a new playable race, and three new jobs – Dark Knight, Machinist, and Astrologian, Heavensward