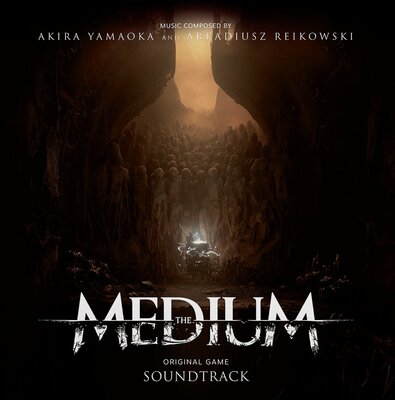 Publisher Black Screen Records of Cologne has pressed The Medium soundtrack to vinyl and compact disc. Preorders are open through the publisher and scheduled to ship in late October.

Developed by Bloober Team of Kraków, the psychological horror game is available for Windows and Xbox Series X|S, with a PlayStation 5 port due out September 3. The vinyl soundtrack also ships through Light in the Attic in Seattle and disk union in Japan.

The Medium digital album is available for purchase through Bandcamp and Steam, and streaming on Apple Music. The full soundtrack can be previewed on record label Black Screen Records' YouTube playlist.

Immerse yourself in the disturbing and oppressive atmosphere of the game thanks to the original ‘dual’ soundtrack co-created by Akira Yamaoka and Arkadiusz Reikowski. Akira Yamaoka is a legendary Japanese composer, best known for his work on the Silent Hill series. Arkadiusz Reikowski is a Hollywood Music in Media Awards nominee who worked on such acclaimed horror games as Blair Witch, Layers of Fear, and Observer. Now they joined their creative forces for the music and songs of The Medium.

Light in the Attic - The Medium Vinyl / CD Soundtrack