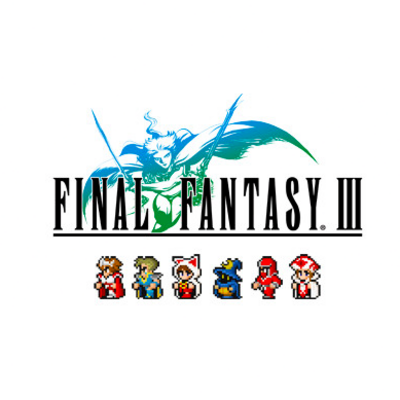 The digital soundtrack for Final Fantasy III Pixel Remaster for mobile devices and Steam is scheduled for release on March 17th. Excerpts of all music tracks composed by Nobuo Uematsu are streaming on the official album website.


Kataoka previously served as sound director on Resident Evil Revelations and arranged multiple tracks, including "Battle 1," "Fanfare," "Eternal Wind," "Dungeon" and "The Djinn's Curse." Tsunemoto contributed arrangements for multiple tracks, including "The Altar Cave," "The Village of Ur," "To the Mountain Top," and "Flight of the Enterprise." SHIIBA contributed multiple arrangements, including the opening theme, "Castle Hein," "Amur," and the three ending themes.

The "Pixel Remaster" edition is presented in a sprite-based format reminiscent of the Game Boy Advance ports, while also adopting a widescreen display. Features include a fast-forward option, bestiary and music player, as well as onscreen mini-maps of dungeons and towns. Character sprite art for the Final Fantasy Pixel Remaster series is overseen by pixel artist Kazuko Shibuya.

A remodeled 2D take on the third game in the world-renowned FINAL FANTASY series! Enjoy the timeless story told through charming retro graphics. All the magic of the original, with improved ease of play. With the power of light nearly eclipsed by the power of darkness, only the crystals' four chosen adventurers can save the world. Experience the iconic job changing system first introduced in FFIII - switch jobs at will and use various abilities as you progress in the game. Change into a variety of classes like Warrior, Monk, White Mage, Black Mage, Dragoon, Evoker, or even call monsters to do your bidding with as a Summoner.

'Eternal Wind', from then to now.

Loving that transition from the original to the rearranged music? Receive exclusive remixes by pre-ordering the #FinalFantasy pixel remaster series, and enjoy Final Fantasy III's 2D debut outside of Japan: https://t.co/mwWu0y7uk8 pic.twitter.com/4JhXaBsCHr