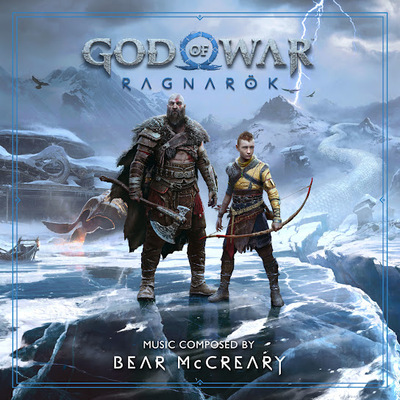 The ninth game in developer Santa Monica Studios’ long-running franchise, and the first on PlayStation 5, God of War Ragnarök continues the mythic journey of Kratos and Atreus three years after the events of the series reboot.

Composed by Bear McCreary, the God of War Ragnarök digital soundtrack is now streaming on Amazon Music Unlimited, Spotify, and Youtube Music. The full-length digital soundtrack comes bundled with the Digital Deluxe Edition for PS4 and PlayStation 5, scheduled for release on November 9th.

God of War (2018) for Windows launched early this year, available through Steam and the Epic Games Store.

Join Kratos and Atreus on a mythic journey for answers before Ragnarök arrives. Together, father and son must put everything on the line as they journey to each of the Nine Realms.

Throughout stunning mythological landscapes, they’ll face fearsome enemies – from Norse gods to wild beasts – as they prepare for the showdown of their lives.

Armed with his trusty weapons of war – including the Leviathan Axe and the Blades of Chaos – Kratos’ deadly skills will be tested like never before as he fights to protect his family. A host of new abilities for him and Atreus also await, leaving room for fluid, expressive and customizable combat in this epic and unflinching tale.

Join us tomorrow at 4 PM PT on the @PlayStation Twitch and YouTube channels for the #GodofWarRagnarok Listening Party!

Hosted by @alex_moukala, Composer @bearmccreary and Game Director Eric Williams will be examining 5 tracks from the score! You won't want to miss it! pic.twitter.com/ENjYpR0vBO

Portal 2 vinyl soundtrack now on sale at Mondo in Austin