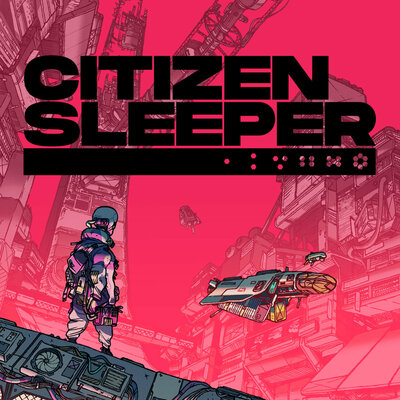 Further episodes will expand upon the wider narrative of the Helion System, depicted in the independently developed title by In Other Waters developer Jump Over The Age. Citizen Sleeper is currently available for Windows, Nintendo Switch and Xbox Series X|S, published by Fellow Traveller.

Music for the game is by Amos Roddy. The 23-track album is streaming on YouTube Music, Spotify and Amazon Music Unlimited, sporting cover art by Guillaume Singelin and Gareth Damian Martin. The Citizen Sleeper digital soundtrack is available for purchase through Bandcamp, the Epic Games Store, GOG and Steam.

In FLUX - the first of three new free DLC episodes for Citizen Sleeper - pressures in the Helion system have brought the first ships of a refugee flotilla to the Eye. You will meet and help those that get on-station before the quarantine locks them out.

These episodes will tell a continuing story, expanding upon the wider narrative of the Helion System, the star system in which the Eye orbits. Each episode will also introduce new characters.

The next FREE episode for Citizen Sleeper is coming ✨October 27th✨

In REFUGE players will enter the flotilla, and learn about what happened on the moons of Ember.