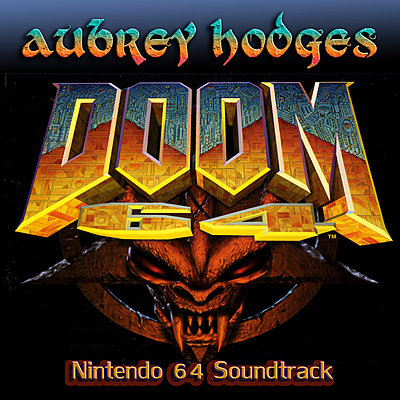 The 1997 soundtrack to Doom 64 by composer Aubrey Hodges is available for purchase on Bandcamp, alongside a 20th Anniversary Extended Edition.

The extended soundtrack album by Hodges contains eight hours of music, replete with bonus tracks composed in the same style as the Nintendo 64 game score. Every stage theme is elaborated upon, while "Main Theme," "Finale" and "Stats Screen" have been creatively reimagined. Hodges' scores for Final Doom and Williams Entertainment's Doom port for PlayStation are also published through the musician's page.

Nightdive Studios' enhanced port of the horror-themed first-person shooter is for PlayStation 4 and Nintendo Switch, Windows through Steam, and Xbox One. The digital soundtrack can be streamed on Amazon Music and Spotify.

Celebrate DOOM's 25th anniversary with the release of DOOM 64, originally released on the Nintendo 64 in 1997, and now available for the first time on PlayStation 4 consoles. Fight against demons in your crusade to hunt down the Mother of Demons and stop Hell's invasion. As you battle through more than 30 action-packed levels, be on the lookout for enhanced weapons and secrets to help you put an end to the demonic threat.

INTERVIEW: #Doom 64 composer Aubrey Hodges has been to Hell and back. Read now: https://t.co/5sF8CvJhO1

(Thanks very much to @TheOngaku for contributing & collaborating on the piece) pic.twitter.com/1A4nkMe9X4