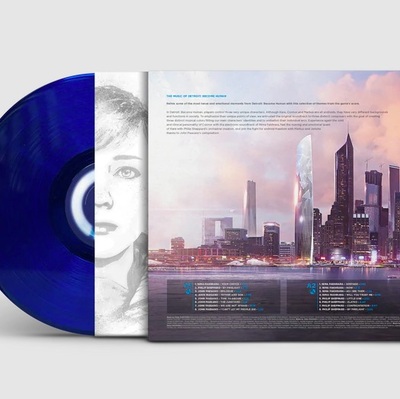 Disc A of the analog record selects electronic music by Fakhrara from Connor's storyline, orchestral themes by Sheppard from Kara's quest, and Paesano’s compositions from Markus and Jericho's missions. Disc B contains soul, techno, blues and hard rock themes from the narrative-driven game, contributed by assorted local artists.

PlayStation Europe previously uploaded a video of Sheppard playing "Kara’s theme" on cello, which can be viewed on the publisher's YouTube channel. The four-hour digital soundtrack is streaming on Apple Music, YouTube Music, and Spotify.

Detroit: Become Human was selected for inclusion in the PlayStation Plus Collection, a library of popular PS4 titles available for PS Plus subscribers on the PlayStation 5 console. The interactive science fiction title is also available on Windows through Steam.

The #DetroitBecomeHuman Original Soundtrack Volume 2 is finally available for purchase!