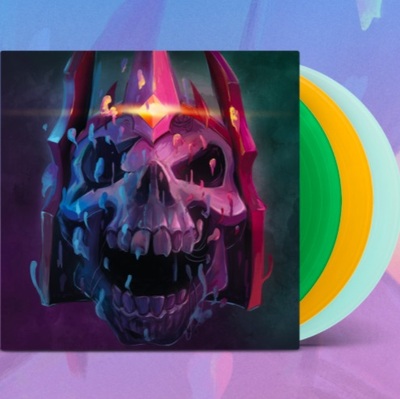 Laced Records of London has opened preorders for "Dead Cells: Volume 2," featuring music by composer Yoann Laulan. The second installment covers music from downloadable content for the roguelike from expansions Rise of the Giant, The Bad Seed, Fatal Falls, and The Queen and the Sea.

The record label pressed the first volume to two discs back in 2018. Developed by French independent game studio Motion Twin, Dead Cells is available for Windows, Mac and Linux through Steam and GOG, as well as Nintendo Switch, PlayStation 4, and Xbox One home consoles. The digital soundtrack can be purchased through Bandcamp and Steam.

Shipping from the publisher is estimated for September of 2022. Preorders are also open at distributors Light in the Attic in Seattle and PixelCrib in Australia.

26 tracks have been specially mastered for vinyl by audio wizard Joe Caithness, and tracks will be pressed onto audiophile-quality, heavyweight discs in green, ochre and light blue. LPs come in a deluxe gatefold sleeve. Front and back cover sleeve art is by Boris Moncel of Blackmane Design, with the gatefold panel by Michel Donzé.