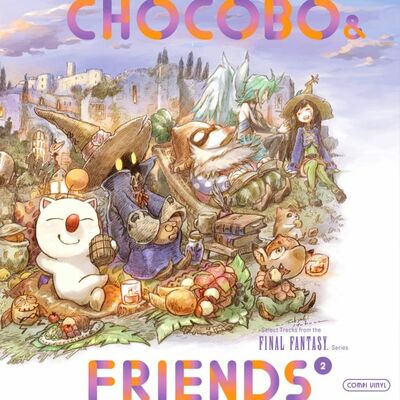 "Chocobo and Friends 2: Select Tracks from the Final Fantasy Series Vinyl" is scheduled for shipping domestically in June. The digital compilation is streaming on Apple Music.

A vinyl record featuring songs about well-known characters from the FINAL FANTASY series is now available! This is a vinyl record featuring songs about characters such as Moogle and Chocobo. The collection includes a total of 16 tracks, including "Moogle’s Theme," "Mambo de Chocobo," and many others. The sleeve is an official store exclusive product with all-new artwork. We hope you enjoy it.

Available for Pre-Order now is the Chocobo and Friends Vinyl Set! A vinyl record featuring songs about well-known characters from the FINAL FANTASY series.