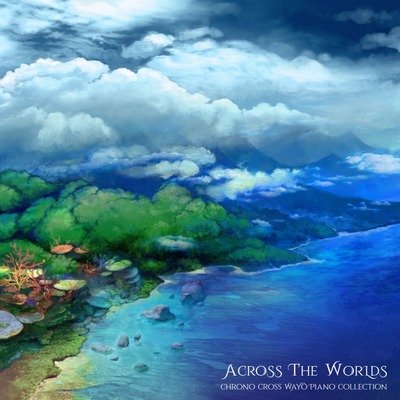 Commemorating the 20th anniversary of the release of Chrono Cross, Wayô Records has published piano arrangement album "Across the Worlds," performed by Benyamin Nuss.

Arranged themes selected for the 17-track compilation include composer Yasunori Mitsuda's "Chrono Cross: Scars of Time," "The Girl Who Stole the Stars" and "Life: A Distant Promise." Excerpts from the album can previewed on Wayô's YouTube channel, while the full compilation is streaming on Spotify.

Music for the PlayStation role-playing game has been licensed by rights-holders Septima Ley and Mitsuda's Procyon Studio. Arrangements are by Masashi Hamauzu, Mariam Abounnasr, and Akio Noguchi. Original illustrations for the album are by Kiyoshi Arai.

"Across the Worlds" on vinyl and compact disc is in stock at Wayô Records and distributor Black Screen in Europe. The vinyl release ships from Fangamer in Tucson.

A first-class role-playing game released on PlayStation in 1999, Chrono Cross is the follow-up to the highly-acclaimed Chrono Trigger, released in 1995 on SNES. The story takes players to a magnificent journey through different worlds and eras, featuring a large and colorful cast of characters. Its music, entirely composed and arranged by Yasunori Mitsuda, is widely regarded as one the best video game soundtracks of all time...

Fangamer - Across the Worlds (Vinyl)

Two beautiful Wayô Records releases are back in stock in our vinyl collection!