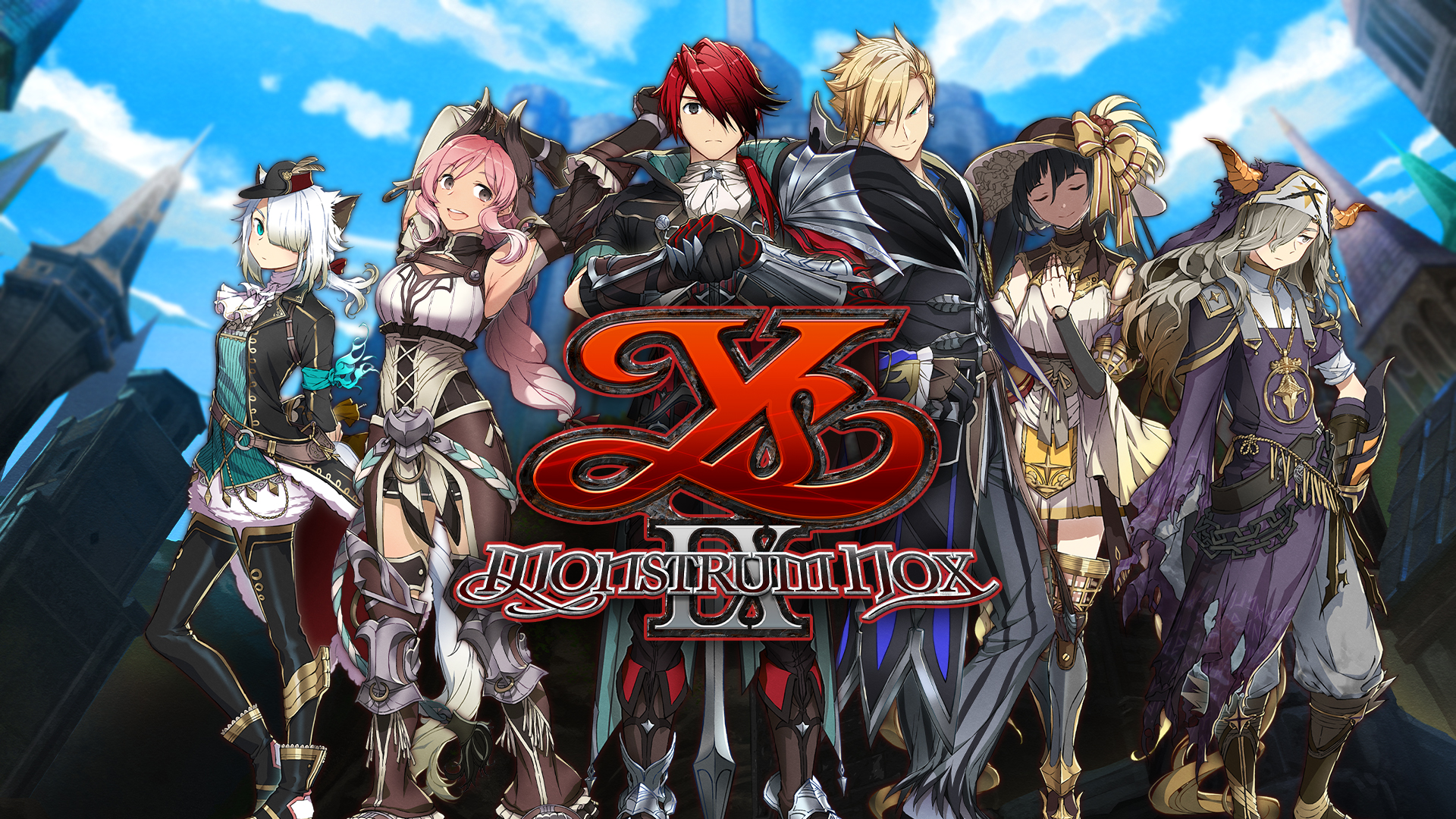 Nihon Falcom's latest installment in the long-running action role-playing series debuted in 2019 for the PlayStation 4 and was later released for Windows through Steam and the Nintendo Switch console. The 11-track digital soundtrack by Falcom Sound Team jdk is streaming on Spotify and YouTube Music.

Ys IX: Monstrum Nox for PS5 is scheduled for release on May 9th in North America and May 12th in Europe. The digital soundtrack and "Super Ulimate" arrangement compilation are streaming on Spotify.

Experience the thrilling adventure of Ys IX: Monstrum Nox as it pierces through the shadows onto PS5! After being cursed by a mysterious woman, Adol Christin becomes a Monstrum—a powerful being who can exorcize monsters. To escape from the prison city of Balduq, Adol must ally with five other Monstrums, each with their own unique Gifts, and stop the Grimwald Nox, a shadowy dimension on the brink of overflowing into the real world...

Unsheathe your curse and smite the darkness.

Get a glimpse of your powerful allies and their unique abilities in the newly released Character Trailer. 🎥:(https://t.co/mcBoBFNnRv)#YsIX #MonstrumNox pic.twitter.com/3ruvfq8Ub6