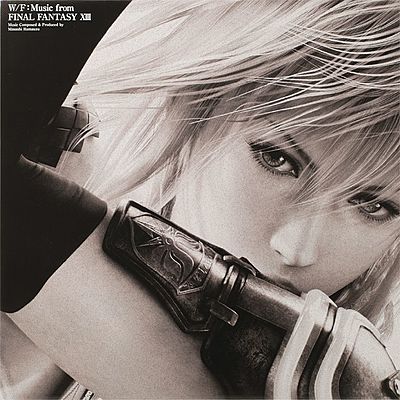 Vinyl record "W/F: Music From Final Fantasy XIII" has been reissued to commemorate the 10-year anniversary of the series. First published in February of 2010, the physical release showcases selections of music from the role-playing game composed by Masashi Hamauzu.

"W/F" was the first publication to include the theme "Ragnarok - Sans Pipe Organ." The vinyl record also selects for inclusion from the four-hour original score the tracks "Fang's Theme, "The Sunleth Waterscape," "Can't Catch a Break," "Chocobos of Pulse," "Dust to Dust," and "Blinded By Light."

"W/F: Music From Final Fantasy XIII" ships from the Square Enix store for North America and Europe. Excerpts from the music score are on YouTube, courtesy of the publisher.