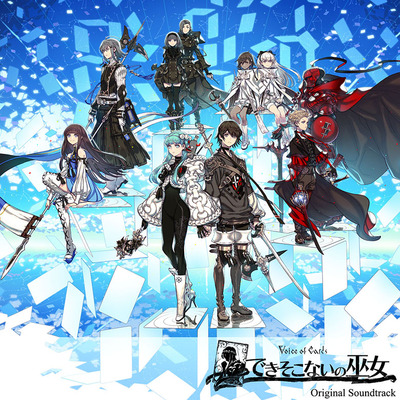 NieR series composer Keiichi Okabe will contribute music to The Forsaken Maiden, the second standalone installment in the Voice of Cards game series by Square Enix. The story centers on a remote chain of islands protected by maidens that is now threatened with destruction.

Voice of Cards: The Forsaken Maiden will launch for PlayStation 4, Nintendo Switch, and Windows via Steam on February 17th. The soundtrack album is scheduled for release on March 3rd, composed by Okabe, Oliver Good, and Shotaro Seo of music studio Monaca. Excerpts of all 14 tracks are streaming on Ototoy and the official album website.

Voice of Cards: The Forsaken Maiden is set on a remote chain of islands that have been protected by the maidens for generations, but which now face destruction. The hero of the story vows to save the islanders and sets sail for the high seas, together with Laty, a girl who failed to become a maiden.

The second game in the unique Voice of Cards series, where all elements are presented entirely through the medium of cards, in the tradition of tabletop RPGs and gamebooks. A touching tale set in a world of melancholic beauty, brought to you by YOKO TARO (Creative Director), Keiichi Okabe (Music Director) and Kimihiko Fujisaka (Character Designer).