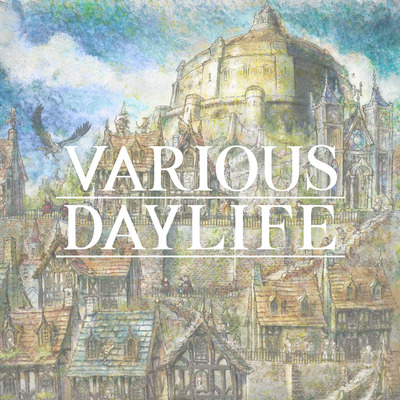 The Various Daylife digital soundtrack album is composed of 111 music tracks by Go Shiina and Kenji Iwata. The album is available for streaming on Amazon Music Unlimited, Spotify, and YouTube Music.

Choose what limited rations, items and camping gear you can pack in your bags as you leave the safety of the city to confront the unknown. You'll battle monsters, bad weather, and food spoilage out on the various frontiers of Antoecia. When the going gets tough, will you press onward, or retreat to explore another day? You’ll have to make these kinds of decisions as you trailblaze a way across the continent, where none have trod before.

The everyday life x adventure RPG from Team Asano, Various Daylife, is arriving to the App Store and Google Play on January 23!

Receive the Digital Artbook, with over 180 pages, as an early-purchase bonus!