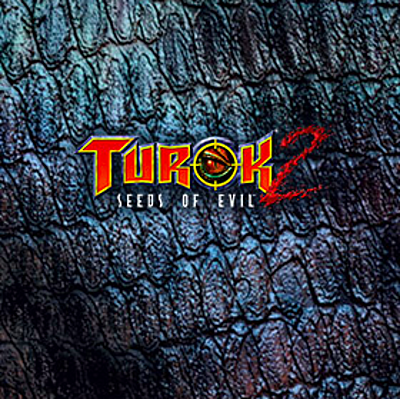 Nintendo 64 title Turok 2: Seeds of Evil is due out February 25 for PlayStation 4, featuring music by series composer Darren Mitchell. The composer's 19-track N64 score is available for purchase through Bandcamp, in addition to a 13-minute "Suite for Orchestra."

Excerpts are streaming on the musician's SoundCloud channel and on Spotify. NightDive Studio's enhanced port is currently available for Windows through Steam and GOG.com, as well as Nintendo Switch and Xbox One.

The sequel to the hit game Turok is now available, featuring a host of enemies, weapons, missions, locations and a new multiplayer mode. Remastered for today’s computers using a new engine with improved graphics, Turok 2 will transport players into sprawling environments with vicious enemies lurking behind every corner..