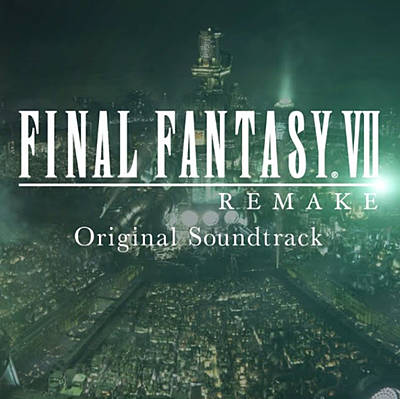 An expanded "Integrade" edition of action role-playing game Final Fantasy VII Remake is due out on PlayStation 5 on June 10. The next-gen port features a new episode centering on Wutai ninja Yuffie Kisaragi.

The Final Fantasy VII Remake soundtrack album is currently available for shipping from CDJapan on seven compact discs. The music score features compositions by multiple artists, including Nobuo Uematsu, Masashi Hamauzu, Mitsuto Suzuki, Tadayoshi Makino, Yasunori Nishiki and Keiki Kobayashi. A trailer for the CD box set can be viewed on YouTube, courtesy of the publisher.

The digital edition of the soundtrack, clocking in at a total runtime of eight hours and thirty minutes, is streaming on the YouTube Music, Apple Music, Spotify and Amazon Music Unlimited platforms.

By exploiting mako, the life-blood of the planet, through their mako reactors, the Shinra Electric Power Company has all but seized control of the entire world. A ragtag group of idealists, known as Avalanche, are one of the last bastions of resistance. Cloud, an elite SOLDIER operative-turned-mercenary takes part in an Avalanche operation to destroy Mako Reactor 1 in the city of Midgar.