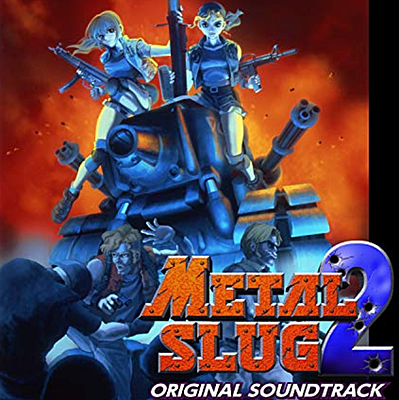 Metal Slug 2 stars the Peregrine Falcon Strike Force and centers on their battles against both the tyrannical General Morden and a hostile army of extraterrestrials. The protagonists of Metal Slug are now aided by two additional female playable characters, Eri Kasamoto and Fiolina Germi.

Excerpts of music from the Metal Slug game series are streaming on Spotify, Apple Music and Amazon Music. Arcade Archives' Metal Slug 2 is available for Windows, Nintendo Switch, Xbox One and PlayStation 4.

METAL SLUG 2 is an action game released by SNK in 1998. Players can choose from Marko, Tarma, Eri and Fio, with the aim of defeating Morden’s Rebel Army which is plotting a coup once again. In addition to the Heavy Machine Guns and Shotguns from the previous games, new weapons such as laser guns have been added for even more battle variations.