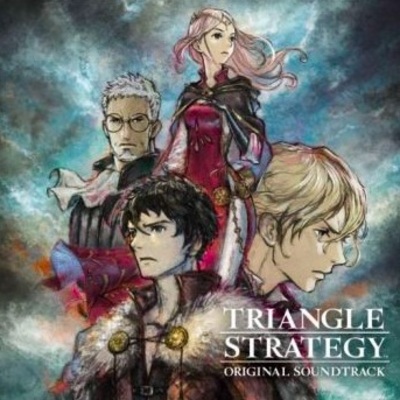 Previously exclusive to the Nintendo Switch, a Windows port of the strategy title will launch via Steam on October 13th. Gameplay centers on turn-based battles, where party members can gain the upper hand by seeking elevated positions on the battlefield or by flanking enemies on either sides. Key decisions will affect the party's alignment, resulting in three potential "convictions"—Utility, Morality, and Liberty.

The Triangle Strategy four-disc CD soundtrack composed by Akira Senju ships from the Square Enix store for Europe, as well as domestic distributors CDJapan and Play-Asia. Excerpts of all tracks are streaming on the official album website. A crossfade music trailer can be viewed on YouTube, via the publisher.

Command a group of warriors as Serenoa, heir of House Wolffort, in a tangled plot where your decisions make all the difference. Key choices you make will bolster one of three convictions—Utility, Morality, Liberty—which together make up Serenoa’s world view and influence how the story will unfold. When faced with truly momentous decisions, multiple characters will weigh in by casting their votes on the Scales of Conviction. In these moments, the allies and decisions you make can determine the fate of whole nations and the continent of Norzelia itself.

The bitter taste of salt and iron are strewn across the battlefield once more.

Triangle Strategy is now available to preorder on Steam.

You can also purchase both Triangle Strategy Deluxe Edition and Various Daylife on Steam as a bundle with 29% off. pic.twitter.com/hbuO6AUPvx

Final Fantasy: The Preludes Since 1987 CD restocked during TGS

Ni no Kuni: Wrath of the White Witch Remastered now on Xbox