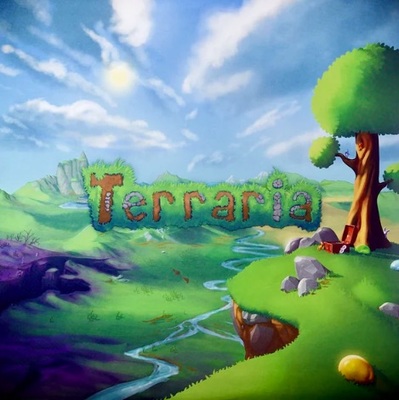 The analog record release ships on heavyweight 180-gram black discs, with audio remastered specially for vinyl by Joe Caithness. Shipping is scheduled for the end of the year and early 2023, based on region. Music for the game is by Scott Lloyd Shelly.

Terraria is available for Nintendo Switch, PlayStation 4, Xbox One and Windows through Steam. The digital soundtrack can be purchased through Bandcamp and Steam, and is streaming on Spotify.

Over the life of the game, composer Scott Lloyd Shelly has produced hours of beloved soundtrack music, mixing chiptune with orchestral, rock, and other synthesized elements to create a bubbly and vibrant signature sound for Terraria.