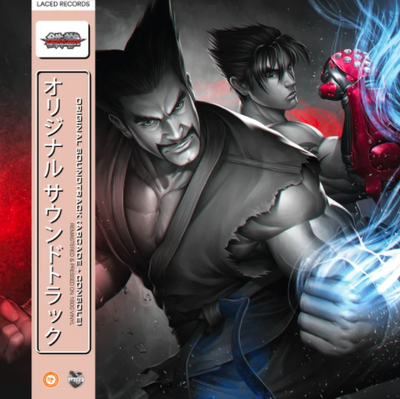 As with previous Tekken vinyl publications by Laced, sleeve artwork is by illustrator Samuel Donato, aka DXSinfinite. Track curation is by Ryan Hart, with mastering for the audiophile-quality, 180-gram discs by Joe Caithness.

The Tekken Tag Tournament 2 vinyl release is also available for preorder through distributor Light in the Attic in Seattle. The analog record set is estimated to ship in June of 2022. Namco Sounds' digital soundtrack is streaming on Spotify and Amazon Music Unlimited.

The soundtrack is chock full of dramatic electronic music, replete with floor-filling beats, melodic lines, orchestral and vocal elements, and the odd vocoder. The dizzying array of subgenres includes house, dubstep, psytrance, hard techno and much more, with many tracks fusing multiple musical elements — clearly a music team having fun and producing bangers in the process.