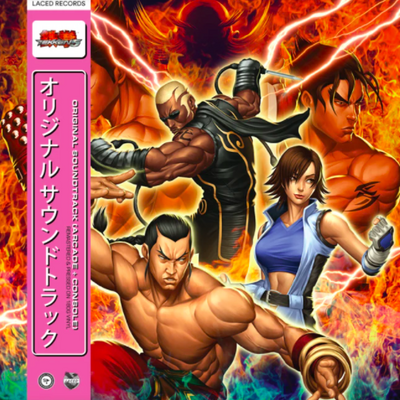 Sleeve artwork for the triple vinyl release is by illustrator Samuel Donato, aka DXSinfinite, while mastering for the 180-gram heavyweight vinyl LPs is by Joe Caithness Mastering. The Tekken 5 vinyl soundtrack also ships from distributors Light in the Attic in Seattle, PixelCrib in Australia, and Black Screen Records in Europe.

The TEKKEN 5 and Dark Resurrection soundtrack vinyl comprises aggressive electronica, rock, nu metal and percussion-led music put together by an army of composition and arrangement talent. All music has been specially mastered for vinyl by Joe Caithness, and tracks will be pressed onto audiophile-quality, heavyweight 180g discs.