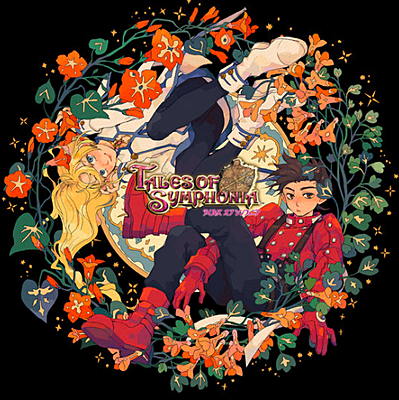 Update (8.23.21) - Ship to Shore will open preorders for a triple vinyl reprint and cassette tape publication on August 24 at 2:00 pm EST.

Namco Bandai's role-playing game debuted on the Nintendo GameCube in August of 2003 in Japan, and received a PlayStation 2 port with added content the following year. Namco published the 4-CD soundtrack album in October of 2004, featuring music by Motoi Sakuraba, Shinji Tamura and Takeshi Arai.

The Tales of Symphonia vinyl soundtrack is available for shipping through distributors PixelCrib in Melbourne, and HighScore Records of Nantes. The Windows port of the role-playing game is available through Steam.

HighScore Records - (OUT OF STOCK)

Light in the Attic - (OUT OF STOCK)