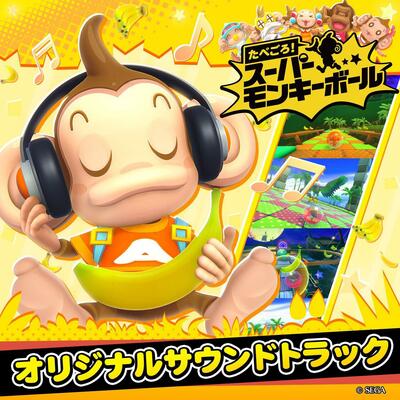 The digital soundtrack for Super Monkey Ball: Banana Blitz HD, composed and arranged by Hidenori Shoji, Ryuji Iuchi, Chihiro Aoki and the Sega Sound Team, is streaming on Spotify and Apple Music. The high-definition enhanced port is available for Nintendo Switch, PlayStation 4, Xbox One, and Windows via Steam.

Head back into the fantastical world of Super Monkey Ball and blast through 100 twisting and turning levels. Play as one of your favorite monkeys and take back your bananas from the space alien pirate king, Captain Crabuchin. For the first time ever, play as Sonic the Hedgehog and dash through the levels, and unlock a selection of costumes for every monkey in the base game.