LSD Revamped triple vinyl ships from Light in the Attic 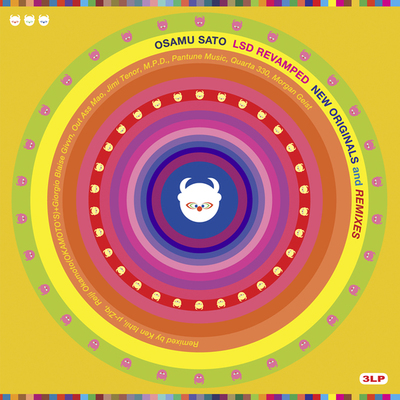 Commemorating the 20th anniversary of the game's publication, the composer collaborated with various artists to produce an arrangement album inspired by the PlayStation soundtrack. The compact disc release "LSD and Remixes," published by Music Mine, included a new rendition of "Long Tall Eyelash," along with a remix by DJ Ken Ishii.

Osamu Sato's three-disc analog record set "LSD Revamped" includes additional tracks, among them a Quarta 330 remix of "Say Cheese." The digital edition of "LSD Revamped" is available for purchase through Bandcamp, and streaming on Spotify and Amazon Music Unlimited.

Created in honor of the 20th anniversary of the cult hit Playstation game LSD Dream Emulator, LSD Revamped finds Mr. Sato revisitng his work, as well as enlisting a myriad of artists to produce remixes of the tracks. One of the most experimental and fascinating games and soundtracks of all time, this album should have a place on any serious collectors shelf

Light in the Attic - LSD Revamped 3XLP (OUT OF STOCK)