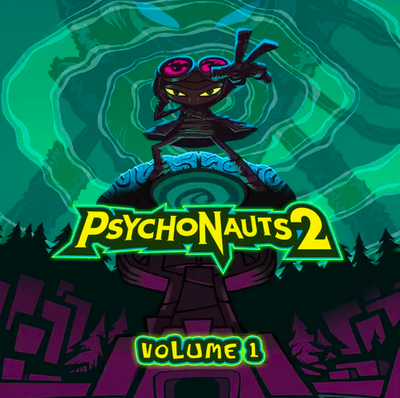 The first volume of the Psychonauts 2 soundtrack by Grim Fandango composer Peter McConnell has debuted on Skill Tree Records.

Developer Double Fine gained the intellectual property rights to the franchise ten years ago, and was acquired by Microsoft in 2019. The plotline of the 3D platformer directly follows the events of the interstitial VR title Psychonauts in the Rhombus of Ruin. The digital soundtrack for Psychonauts 2 is also available for streaming on Spotify and Apple Music.

The original Psychonauts soundtrack by McConnell can be purchased through Bandcamp and Steam, alongside the cinematic score. The latter digital album features music from cutscene sequences, along with a remastered medley of themes from the game.

Psychonauts 2 is available for for Windows, Mac and Linux, as well as Playstation 4, Xbox One and Xbox Series X.

Woo-hoo! It's out at last! Volume 1 of the Psychonauts 2 soundtrack is available on these platforms now: https://t.co/DKDx3LchFI